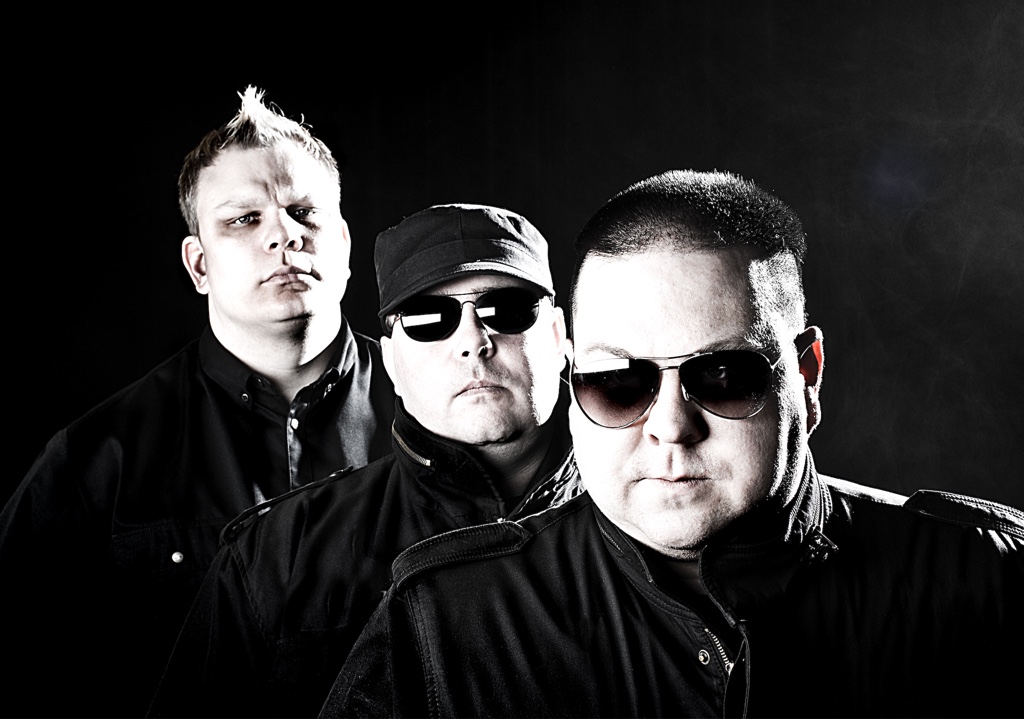 AUTODAFEH - Electronic Music For Body And Mind
AUTODAFEH is from the South of Sweden and makes EBM/Electronic Music with glorious sing-along lyrics.
The story began in late 2007 when 2 old friends Jesper and Mika met again after several years they
started to talk about forming a classical EBM-band with a new twist. Mika who was already working
with Anders in another music project, asked him if he wanted to join, and he did. The three of them
then formed AUTODAFEH (ADF).
AUTODAFEH started to make some very cool beats and tunes, and due to the buzz on myspace and other internet based pages they got in contact with Sigsaly Transmissions who signed them instantly, and the debut album Hunt For Glory was released in the middle of June 2008.
During 2009 they played a lot of gigs around Europe (Sweden, Germany, Italy, Belgium, France and
Poland) and they also had the opportunity to play a few support gigs together with the godfathers of EBM; Front 242 during their Vintage tour in Sweden. They also released their 1st EP "re:lectro" a 7-track EP praising the 80's EBM era. AUTODAFEH also started recording their 2nd CD "Identity
Unknown".
The 2nd album "Identity Unknown" was released in February 2010 and AUTODAFEH started to rehearse for the upcoming small tour in Germany and Italy during the beginning of the year, after that they had gained a lot more experience which they brought back to the studio and they started to record their 3rd untitled album which set to be released at the end of 2011. This year they also
left Sigsaly Transmissions and joined the Scanner label (A division of Schwarzrock, part of the Dark
Dimensions Label Group) and "Act Of Faith" was released on both labels, Scanner covering Europe
and Sigsaly Transmissions covering ROW. They also joined Nitzer Ebb and Die Krupps live during
their Machinery of Joy-tour in Sweden and Berlin. The album also went straight into the top of both the DAC and GEWC-chart.
After several busy years the band decided to focus on the songwriting and production and during
2012 they laid the foundations for their 4th studio album "Blackout Scenario". They only played a few selected gigs during this time.
In February 2013 "Blackout Scenario" was released, and they had already started to work on the 5th album. during the production of the album they spent a month in Berlin together with the outstanding Shan Grilas and found a lot of inspiration for the 5th album "Digital Citizens".
AUTODAFEH releases their first single in February 2014 called "Digital Citizens" a 4-track digital CD single with remixes from Novo Progresso and Guilt Trip. A month later their 5th album with the same title is released.
In 2015 AUTODAFEH take a break, they have to rebuild their studio, and they have some family things to attend to and production is at a low for most of the year, they play a few selected gigs in Germany and Sweden, they also make new plans!
After a few late nights in the Malmö-area AUTODAFEH hooked up in 2016 with the indie drummer Thomas Kroell Green and he became the 4th member of AUTODAFEH. During the end of 2016 they started re-mixing some of their earlier songs, for their 10th anniversary as a band.
2017 is a new and exciting year for AUTODAFEH, with a few releases coming up, they will release a vinyl album with some newly remixed tracks in an old school style compiling from their earlier works. The "Vintage Collection" will be released both as vinyl and CD, at the same time they are working on their 6th studio album in between the live gigs. The major gig this year will be at WGT (Wave Gothic Treffen) in June in Leipzig/Germany. This year is their 10th year anniversary.