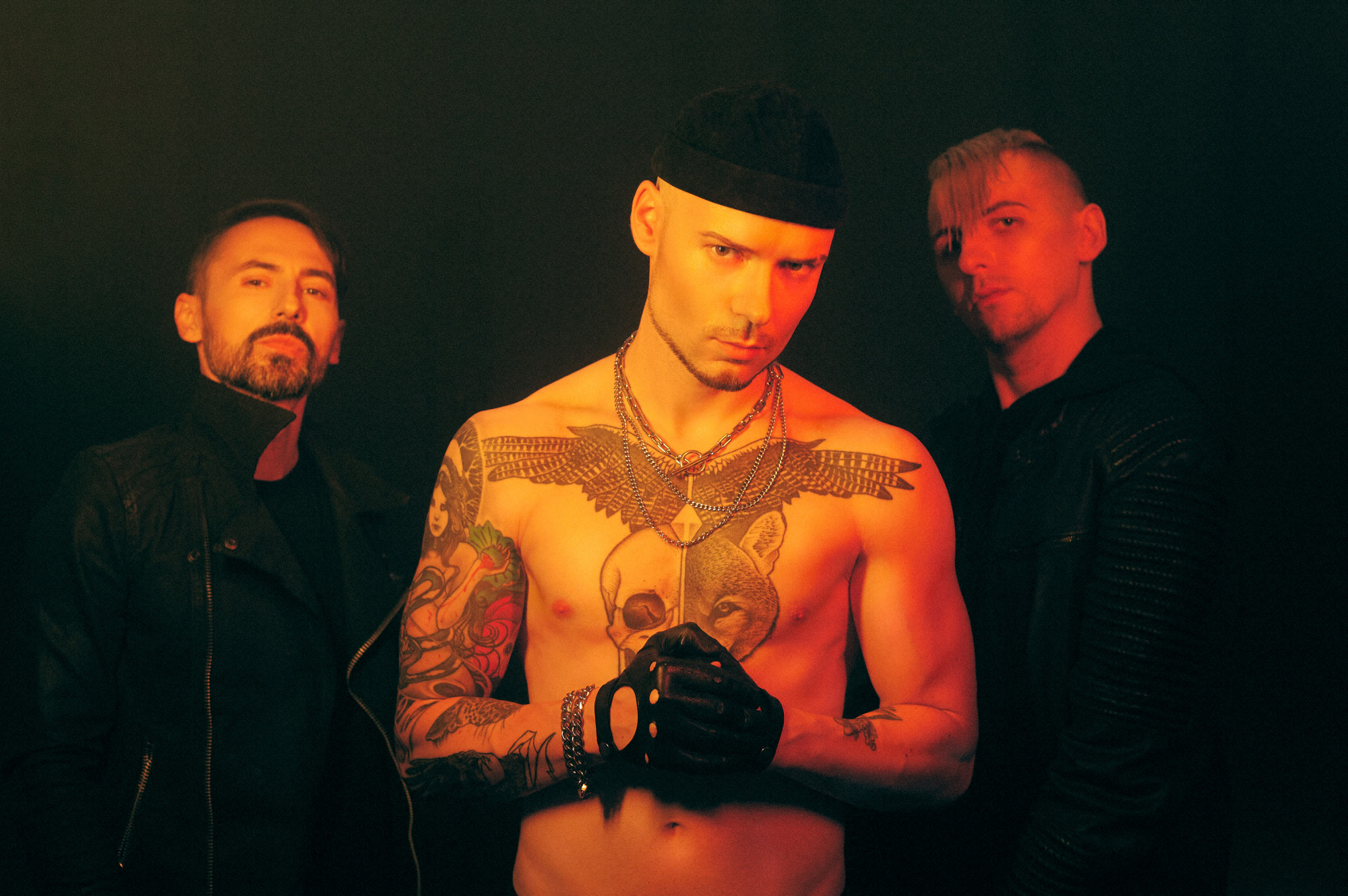 In 2009, when vocalist/songwriter Tom and keyboardist/producer Gabor met at one of Tom's
underground parties in Berlin, they got together to form a unique artistic duo named Formalin. The
intention was clear: conserving the love for heavy sounds in musical form and reinventing a
musical style, that seemed to be shop-worn and dusted: industrial music.
Formalin then fastly became a name in the scene. Their unique production of modern and
oldschool electronic music styles, which they call "Berlin City Industrial", is raw, aggressive and
dirty, but sounds beautifully glamorous, stylish and atmospheric at the same time. The new
merging of heavy music with pop and cinematic elements helped the duo to gain popularity right
from the start.
Formalin's first album "Bodyminding" released in 2010 received an enthusiastic response from the
press, electro heads and audiophiles. It led them directly on the stages around Europe supporting
the big players in the industrial music scene like Nitzer Ebb, KMFDM, Frontline Assembly, Front
242, And One, Die Krupps and many more. On stage, the band unfolds its full conceptual
splendor and channels the energy inherent in their songs perfectly. The mixture of fetish aesthetic,
fashion and visuals in combination with a dynamic performance creates a first-class audiovisual
experience. Not least because of Gabor's synthesizer and guitar playing and the charismatic voice
and stage presence of frontman Tom, the duo has their audience under control. With their second
album "Wasteland Manifesto" released in 2012, Formalin created a dark, nihilistic and
postapocalyptic picture of the world. The album is a gloomy and atmospheric journey full of
punching drums, growling synths and complex breakbeats. With their third long-player
"Supercluster" in 2015, the band took their listeners on a trip through the depths of space and
cyberspace. This album was a futuristic full concept art with powerful club tracks, beautiful
ballads and dystopian soundscapes. With growing success they played shows at well-known
festivals like M'era Luna, Blackfield, Wave Gotik Treffen, E-Only and Summer Darkness.
Tom and Gabor understand themselves as artists and not only as musicians. Music production,
songwriting and mixing are all done solely by themselves, but they also have full control over their
music video and artwork productions, to create an all-inclusive experience. With an eye for every
detail, they work on delivering their audiovisual concept as pure and honest as possible to their
fans. Always matching to the distinct flavour of the albums, their music videos range from a clean
and sexy performance like in "My Fetish", a dark and disturbing road trip like in "Dead Fashion" to
the glowing cyberspace world of "Salvation".
Arrived in 2021 Formalin will release their fourth long-player, which will be introduced by several
singles beforehand. Taking their well known heavy electronic sound, Formalin now expands it with
smacking acoustic drums and piercing electric guitars. The new and uncompromising album
"Love And Nihilism" combines elements of Industrial, Pop, Djent and Trap to a never heard before
crossover style - expanding the sound to a more metal focussed audience as well. To transport
the intense energy on stage, too, the duo now is supported by their drummer Cosmo.

FORMALIN - Tear down my Prison

The first single TEAR DOWN MY PRISON taken from coming FORMALIN album will be released worldwide...