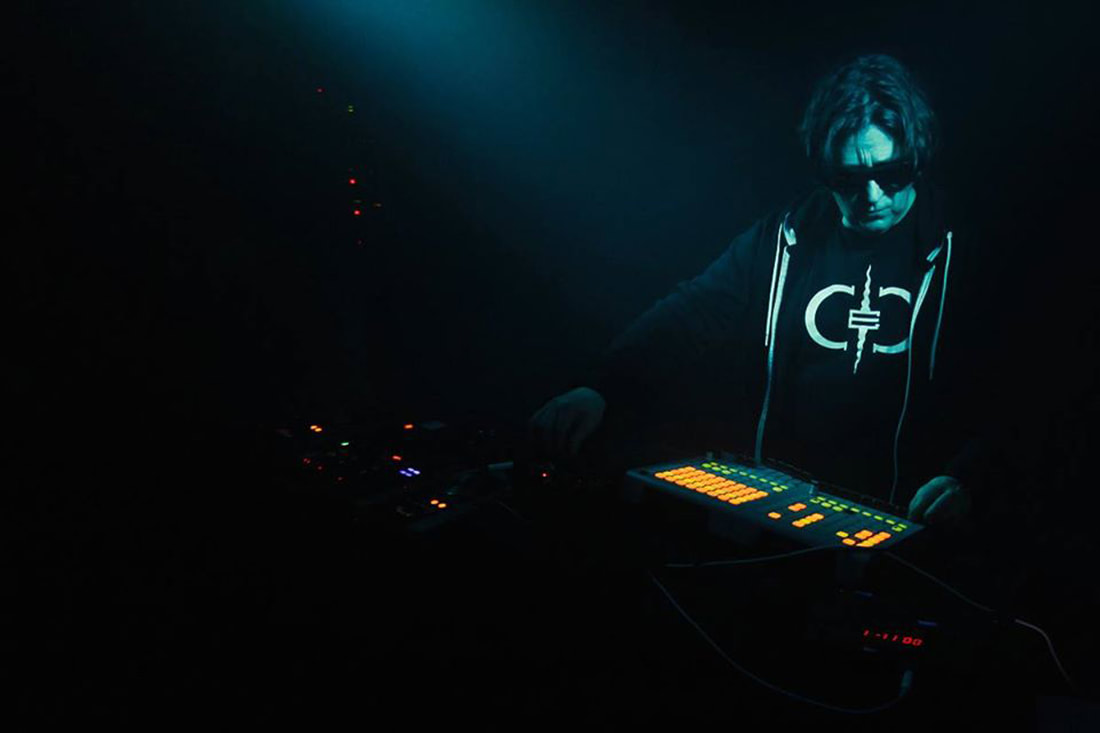 Eric Van Wonterghem, the man behind Monolith, is one of the most important figures to come out of Belgium's electronic music scene. Dating back to the start of the 1980's, Eric started off as the composer for legendary minimal synth act Absolute Body Control alongside Dirk Ivens.
In 1984 Absolute Body Control would join forces with Marc Verhaegen and Sandy Nijs.
The Klinik would explode on the underground electronic industrial scene in mainland Europe throughout the 80's and would go on to be recognized as one of the all time most influential acts from the European industrial/EBM scene.
Eric left The Klinik in the late '80's and would form another highly respected Belgium EBM band
with vocalist and drummer Mario Vaerewijck, "Insekt". The band would go on to release several albums and singles throughout the late 80's into the mid 90'son the famed KK Records imprint.
During the early to mid 90's a new industrial sound with an emphasis on heavily distorted drums and percussions would emerge under the name "rhythmic noise".
Eric, at the forefront of this sound, would soon create his solo artist project "Monolith",
releasing the full length "Compressed Form" in 1997.
Eric would then also take up position in "Sonar" a very popular rhythmic noise project helmed by Dirk Ivens.
Eric continues to be highly active in the industrial/EBM/minimal synth music scene, playing major events and festivals, the likes of Mera Luna, Wave Gotik Treffen and Maschinenfest and regularly traveling around the globe to perform
as part of one of the many projects he is involved in.
Monolith latest full album "Falling Dreams" was released on HANDS a highly respected label in the industrial scene.
In 2003 Eric became close friends with techno producer and label owner Adam X of Sonic Groove Records. A bond was formed and over the years, they have both released music on the other's respective label. In the past years, the techno scene has taken a strong interest in industrial music and with Adam being one of the very first pioneers of the merging between both genres on Sonic Groove and Eric being one of the top innovators of the industrial rhythmic, forces are now joined. 2020 will bring new announces so follow us here !