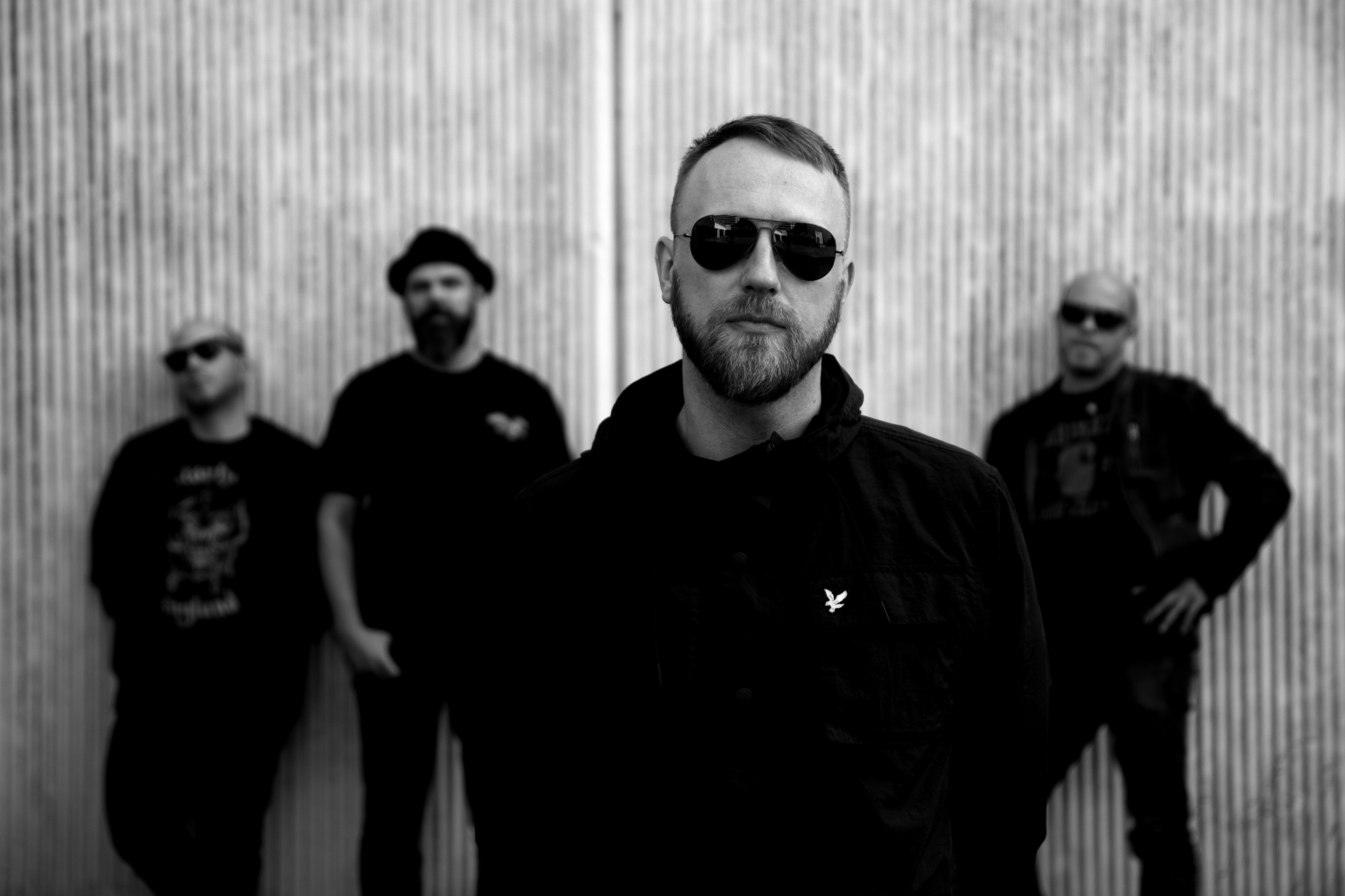 In depth, timeless and right on the mark On The Floor reappears with the new album
,,Breaking Away".
After ,,Made Of Scars" in 2017 and the beloved and by critics and scene acclaimed
,,Lifetime" with its entry into the German Alternative Charts (2018), singer Helge Jungmann
and band surpass themselves in the third year of their musical reincarnation.
Darkwave und Post-Punk conjoin in 11 intensive songs to a highly addictive album. Modern
electronics meet darkest rock. Hypnotic guitar melodies lead through human fragility
(,,Breaking Away") and to huge anthems (,,Chain").
Helge Jungmann is dissecting human and emotional abyss dominently and expressive -
accompanied by some familiar faces from the darkscene.
Tom Lücke (Girls Under Glass/Calling Dead Red Roses) perpetuates his guest vocals first
time on a released track after 25 years and leaves his mark on ,,Walking Through Walls" with
his distinctive and powerful voice.
Johan Sjöblom (The Exploding Boy/SJÖBLOM) ennobles the great ,,The Way It Hurts" with
his memorable and weightless voice to an apocalyptic duet.
Singer Helge Jungmann, guitarists André Lindner und Henning Thurow and bassist Dennis
Lindner are deep-rooted in the German underground-scene since decades. Gigs with
Catastrophe Ballet, Girls Under Glass, Clan of Xymox, Phillip Boa & the Voodooclub, She
Past Away or at the Wave Gotik Treffen brought a base of devoted fans.
The result reflects the experience of the band. With playful easiness ,,Breaking Away" hits the
spirit of the times and is tempting with magnificent melodies to a musical journey through
catharsis and revolt, love and transitioriness.