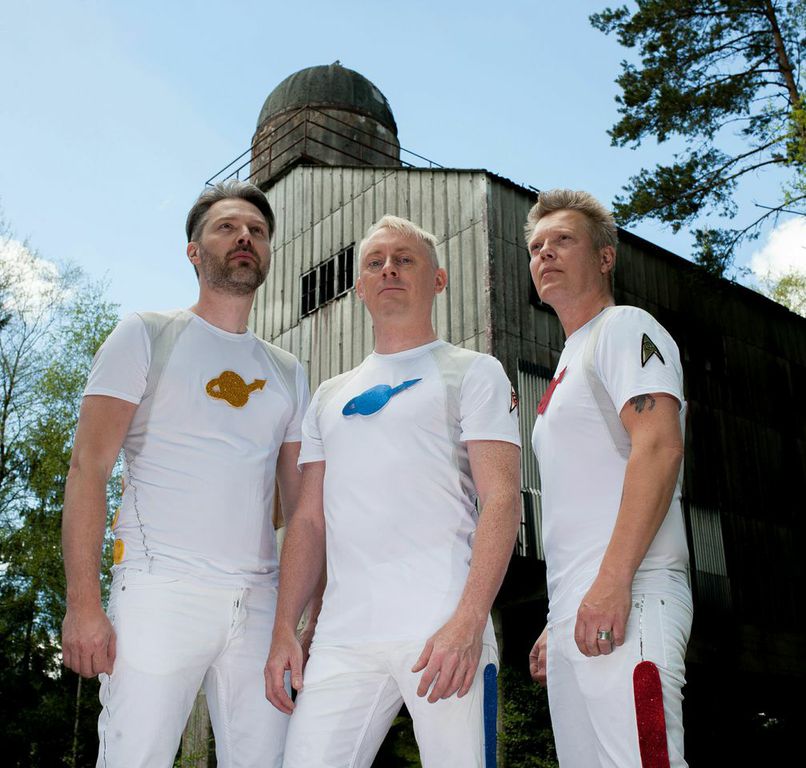 With their constant flow of high quality releases and extensive touring, S.P.O.C.K - an
acronym for Star Pilot On Channel K - plays a great part in the Swedish electro wave that
successively sweeps over the world.
The band's special formula of exciting, original and amusing spacepop blended with electronic sounds, uplifting melodies and science fiction inspired lyrics was first heard on the debut single "Silicon dream" in 1991. From then on, two full-length albums and a series of singles was issued by Accelerating Blue Fish and established S.P.O.C.K as one of the most influential electro acts ever to come out of Sweden.
Even to this day, the smash hit "Never trust a Klingon" is one of the most appreciated songs in the electro clubs around the globe and it's no wonder that it has grown to be S.P.O.C.K's trademark song.
In the summer of 1997 the S.P.O.C.K members decided to start their own record company SubSpace Communications to release the albums "Assignment: Earth", "S.P.O.C.K: 1999", and "2001: A S.P.O.C.K Odyssey" and to launch their first ever US tour.
Constantly on the road, +300 gigs and counting, the star pilots have built a considerable following in the Scandinavian and European countries as well as in the US. On stage, Android (vocalist and only remaining founding member, aka Alexander Hofman), Crull-E (keyboardist, aka Christer Hermodsson), and Yo-Haan (keyboardist, aka Johan Malmgren) prove themselves to be entertainers in the word's true meaning.
The three-piece has received several awards at the Scandinavian Alternative Music Awards (SAMA), including Best Artist, Best Live Act and Best Album of the Year.
After a well deserved break, to spend time with families and concentrate on various side projects, including Aaron Sutcliffe, Mr. Data and Biomekkanik, the star pilots is yet again aboard theirspaceship. As we speak Android, Crull-E and Yo-Haan are looking for new adventures to report back home. Hopefully this won't take too long...