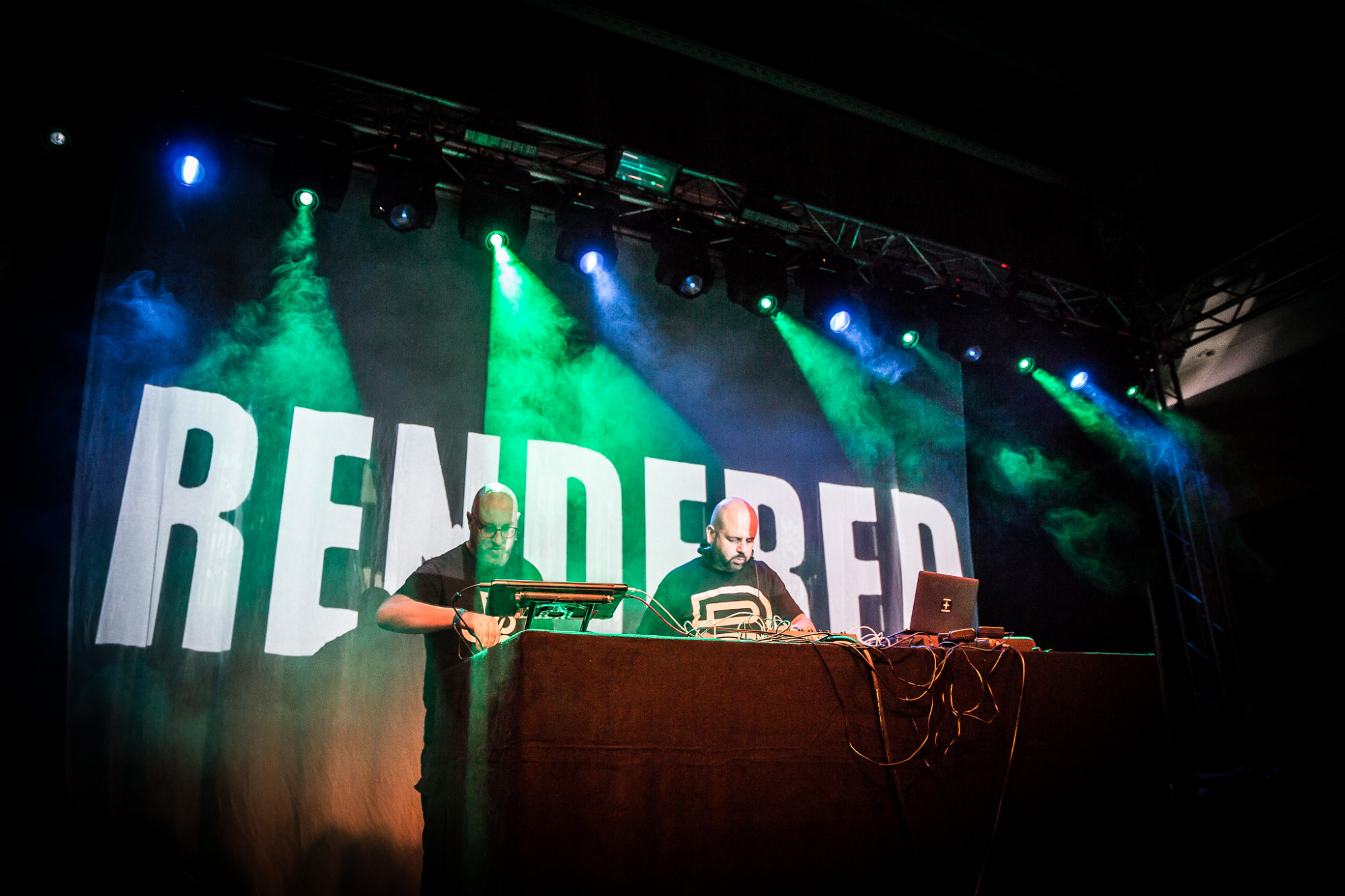 RENDERED is a new Techno EBM / Industrial project created by Daniel Myer and Clément Perez at the end of 2016. The first EP was released in March 2017, on Berlin label aufnahme + wiedergabe.
Since that day, they are touring around the world and released 3 more EPs, while remixing acts like The Soft Moon.
In 1993 Daniel Myer founded the legendary electro-industrial/EBM project Haujobb. Since then he has made a name for himself within the electronic music scene and initiated many other projects such as Architect, Liebknecht, Dots&Dashes...
Clément Perez started djing in 1994. After being active in Hardcore, Drum'n'bass and Industrial scenes for 20 years he returned to his techno roots as 14anger in 2013, where his productions and sets are equally full of passion and energy.